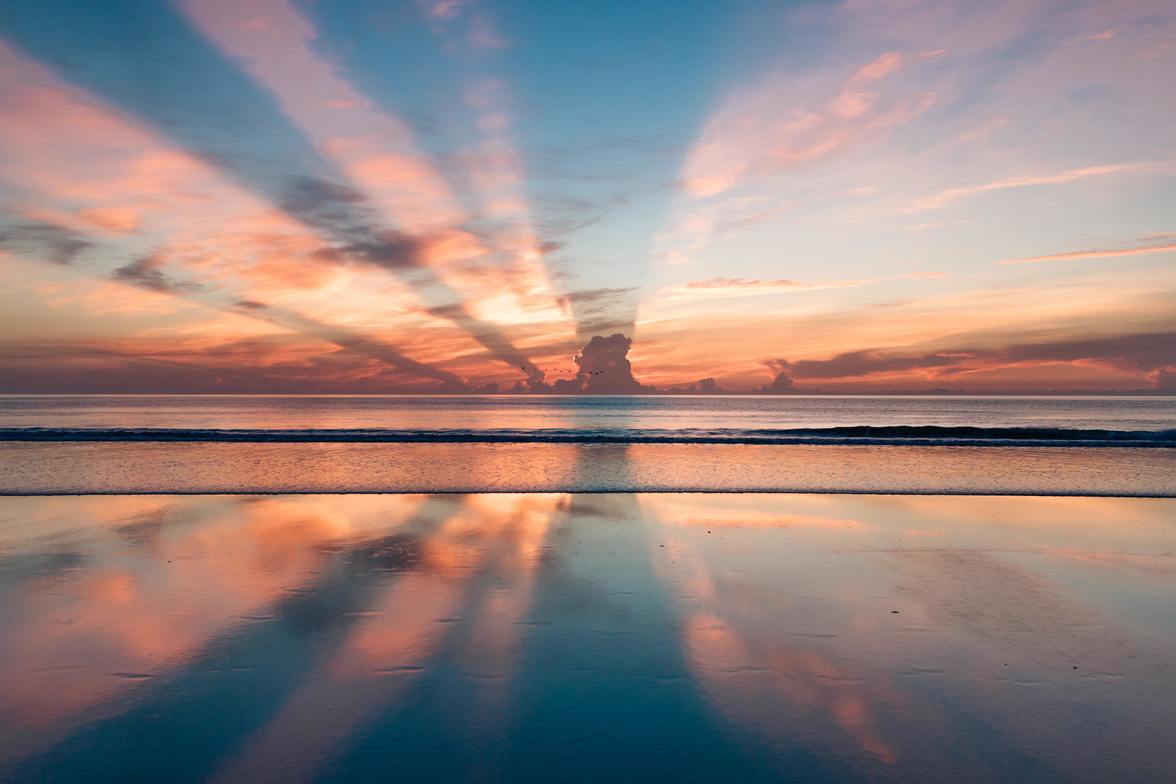 QUESTION: How should I properly think about and honor each person of the Trinity? (pt. 1)

What a great question! You will find the book Delighting in the Trinity by Michael Reeves
to be a great help to you for this subject. It’s rightly called “An Introduction to the Christian
Faith.” I’m drawing from that book for these editions of The Haven Heart to Heart.
Remember that the true and living God - our God - is Father, Son, and Holy Spirit. Our
faith is built on the foundation of this Triune God. Think about, and honor, and revel in each
Person.

Let’s begin with God the Father.

The Nicene Creed ascribes creation especially to God the Father: “We believe in one God the Father Almighty, Maker of heaven and earth.” You read this in (among other places) Revelation 4:11 in which the Father is to be worshipped, i.e. He is worthy to receive glory and honor and power, “for you created all things, and by your will they were created and have their being.” The Father did this because He is Love (I John 4:16) - and love always desires to communicate with and be shared by others. The Father did not need to create the universe
(he’s not lonely!), but, as the One who eternally loves His Son by the Holy Spirit, he created all things especially as a gift for His Son: The Son is the “firstborn over all creation” (NOT the first created being!), Colossians 1:13, and He is the heir of all of these things “ (Hebrews 1:2). One of the glories of the Gospel is that, in Christ, believers also become heirs to all of these things - we are “joint heirs with Christ.” (Romans 8:17). Wow! That’s something to ponder!

But this is not to say that the Father, alone, created all things. Hebrews 1:2 continues by saying of Christ “through whom He, i.e. the Father, also created the world.” “By (the Son) all things were created in heaven and on earth, visible or invisible, whether thrones or dominions or rulers or authorities” - speaking of the realm of angels - “all things were created through him and for him.” (Colossians 1:16). “All things were made through him, and without him was not anything made that was made.” (John 1:3).

The Son of God

The eternal Word, the self-expression of God - was the Father’s executive in making the world. He was the Master Workman who was beside the Father “rejoicing in his inhabited world and delighting in the children of man..” (You can read this thrilling picture in Proverbs 8:22-31 where the Son of God is called the very wisdom of God.) The Father and the Son exulted that what they created was “good”. (Genesis 1:4,10,12,18,21,25,31 - catch the excitement as you read!)

And the Holy Spirit, too, was involved in the creation.

He “hovered over the face of the waters” (Genesis 1:2) . “By the word of the Lord were the heavens made, their starry host by the breath (or Spirit) of his mouth” (Psalm 33:6). Job says that “By his breath, i.e Spirit, the skies became fair (or beautiful)”. The Holy Spirit presides over the specific works of creation (even as he presides over the specific works of new creation) making them all alive with beauty.

C. S. Lewis likens this work of God the Father, Son, and Holy Spirit to a majestic song in perfect harmony. In The Magician’s Nephew, Aslan - the figure of Christ in these remarkable seven volumes - sings the world into existence. Likewise, Lewis’ friend J. R. R. Tolkien (author of The Lord of the Rings trilogy imagined the creation of the universe as a musical event in The Simarillion.

If the Lord rejoices over His people with singing - and he does (Zephaniah 3:17) - we can imagine that the Triune God who is the source of all harmony would have been singing with delight as the love of the Father to the Son in the Spirit overflowed into the creation of heavens and the earth. You can begin your delight in the Trinity by singing, too. “God, all nature sings Thy glory, and thy works proclaim thy might!” Amen! Hallelujah!