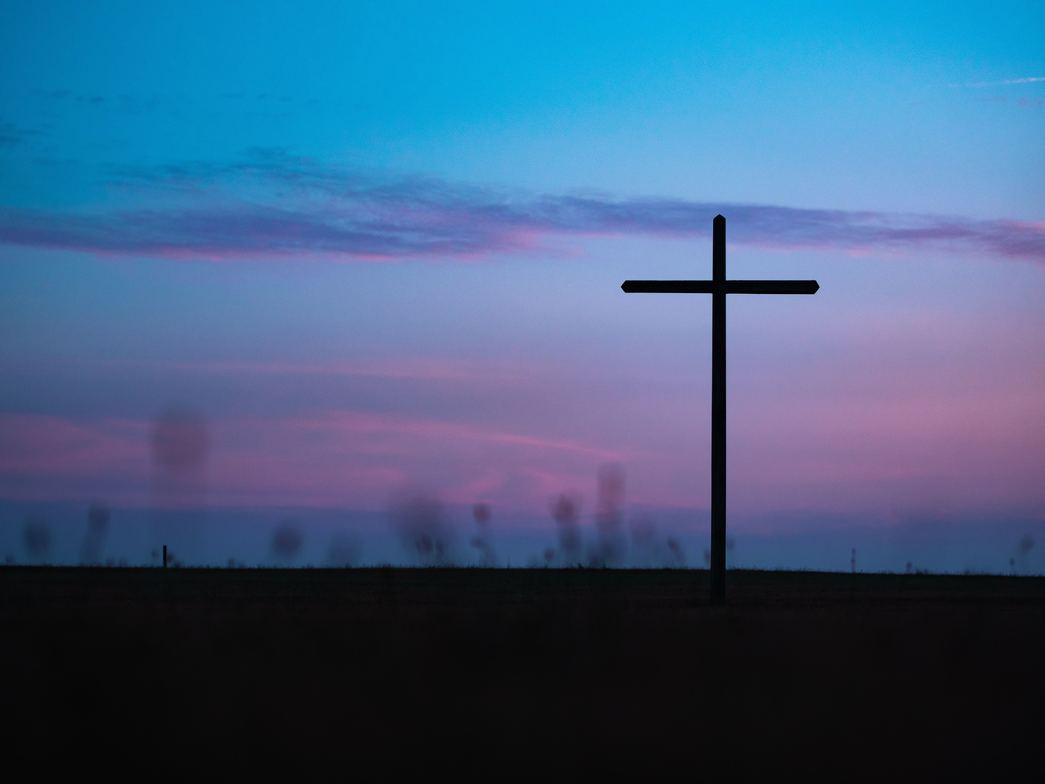 On a previous Visit to the Pastor’s Study, we thought together about how the world is different because of what we commonly call “Christmas” – that glorious event in which the God-man (who had been conceived in the womb of the virgin Mary by a miraculous work of the Holy Spirit nine months earlier) – in which the God-man was born into the world as Jesus Christ – the Messiah and the Savior of His people. What did it mean that his birth ushered in an era of “good tidings of great joy which shall be to all people?" Well, you can go back to the archives of A Visit to the Pastor’s Study on our own website or sermonaudio.com and find the answer to that – at least as much as we could cover in 26 minutes!

For this program, I want to do the same thing as we talk about the resurrection of Jesus Christ from the dead – an event in human history that we celebrate yearly on what we commonly call “Easter Sunday.” On that day we give special remembrance to the first day of the week nearly 2000 years ago when the tomb in which the dead Jesus had been placed on the previous Friday was found empty. And Jesus was found - very obviously – alive! You can read about that at the end of each of the four Gospels the first books of the New Testament – Matthew, Mark, Luke, and John.

Jesus Christ – who was crucified and who died on “Good Friday” – was resurrected from the dead on the following Sunday morning.

But, so what? What difference does the resurrection of Christ make.

The easiest answer is that this is proof that Jesus did what no other religious teacher had ever done, or ever will do. All other religious teachers had died and will die throughout human history. Jesus died, but the grave could not hold him. And you simply can’t refute that evidence. He was seen by all the apostles (including by the Apostle Paul sometime later than the events given in the Gospels.) -and by over 500 people at one time we are told in the New Testament book of I Corinthians. His resurrected body was touched. He ate with his disciples. This wasn’t a phantom of people’s imaginations. And it wasn’t Caspar the ghost! This was a man who was miraculously raised from the dead by His own power and by the power of God the Father and God the Holy Spirit. (The New Testament ascribes the fact of Christ’s bodily resurrection from the dead to all three persons of the Trinity.)

Christ’s resurrection was also the great sign that His Good Friday sacrifice as the fulfillment of the Old Testament Passover lamb had been accepted. In the Apostle Paul’s letter to the Romans, in chapter four and verse 25, he writes that Jesus was “delivered up for our transgressions” (that is, he was delivered to death as the great sacrifice for human sin – and to take the place of sinners), and he was “raised for our justification.” Justification is a legal word that means: To be declared not guilty. Jesus paid the full price of hell itself for all of the sins of all of his people. All those who wrap themselves up in His sacrifice by faith alone (there’s nothing we can do to add to the benefits of Christ’s sacrifice) – all those who cast themselves on Christ in simple faith receive the benefits of his full payment for sins. They are “justified by faith” – because of Christ’s accepted sacrifice, they are accepted in him.

That’s the heart of the Gospel. I hope your heart rests in that heart.

And Christ’s resurrection is also called “the first-fruits of those who sleep” – that is, who die resting in faith in the Lord Jesus Christ. You can read about this in the Bible’s great chapter on Christ’s resurrection – I Corinthians, chapter 15. “First-fruits” is an agricultural term (which is why it sounds foreign to so many of us). It refers to the first sheaves of grain or the first ear of corn or the first of any crop that was – if you will – a preview of a whole harvest to come. To those of you who trust in Christ as your Savior and your Lord (and I want all of you to be people with that faith), Jesus is the “first of the crop” of people who will be resurrected from the dead on the last day of human history. What a comfort that is to those of us who have experienced the death of loved ones who have trusted in Christ; and what a comfort it is for you who believe in Christ as your Savior and Lord when you approach your own death-bed! The resurrected Jesus Christ is the “first-fruits” of the great harvest of all of his people on the Day of his return in glory.

And the resurrection of Jesus Christ is also the source of what we commonly call “The New Birth”– the work of God’s grace in which He raises us from the spiritual death that is ours by nature and, literally, gives to us the new life of the resurrected Jesus Christ. The apostle Paul, in the second chapter of the New Testament book of Ephesians, says to the Christians of that church in Asia Minor that while, by nature, they were dead in trespasses and sins, God’s rich mercy and love reached to them and – even when they were dead in their trespasses – made them alive together with Christ. That’s the meaning of “salvation by grace”, the apostle Paul says. The objects of God’s gracious mercy and love are, literally, “raised with Christ and seated with him in the heavenly places.” All that, we read in the previous chapter of the book of Ephesians, is in connection with a faith that is granted “according to “(God’s) great power that “he worked in Christ when he raised him from the dead and seated him at his right hand, far above
the heavenly places.”

I’d urge you to read this whole magnificent section in the New Testament book of Ephesians, chapters 1 and 2. I don’t think there’s a more awesome statement of what God’s grace and the Christian faith are all about in any other place in the New Testament. Christ’s resurrection from the dead is a picture of what God does in the life of each of his people; and it’s a “preview of coming attractions” – a picture of what will happen at the last Day of human history, ushering in an eternity of resurrection life in New Heavens and New Earth.

Wow! This, folks – this is real Amazing Grace! No wonder we sing so triumphantly on Easter Sunday! (But we should do that every Sunday, because every Sunday is – among other wonderful things – a celebration of this great victory over sin and death by the resurrected Jesus Christ.

But is the world different because of Christ’s resurrection?

Pastor Ben Miller serves as pastor of Trinity Church - a congregation of the Orthodox Presbyterian Church - located in Syosset, Long Island, New York. In a recent sermon Pastor Ben made some most intriguing references to how the world is different because of Christ’s resurrection. His “throw away comments” are often richer than many entire sermons that I’ve heard, and I so wanted him to develop that point more. He didn’t do it in that sermon; but I’ve snagged him to do just that on today’s program.

Whether people individually or as families are Christians or not – how is the whole world different because of the resurrection of Jesus Christ from the dead?

Yours full of praise for the risen King Jesus, who is making all thngs new,

The Making of a Minister (and Your Part in It)