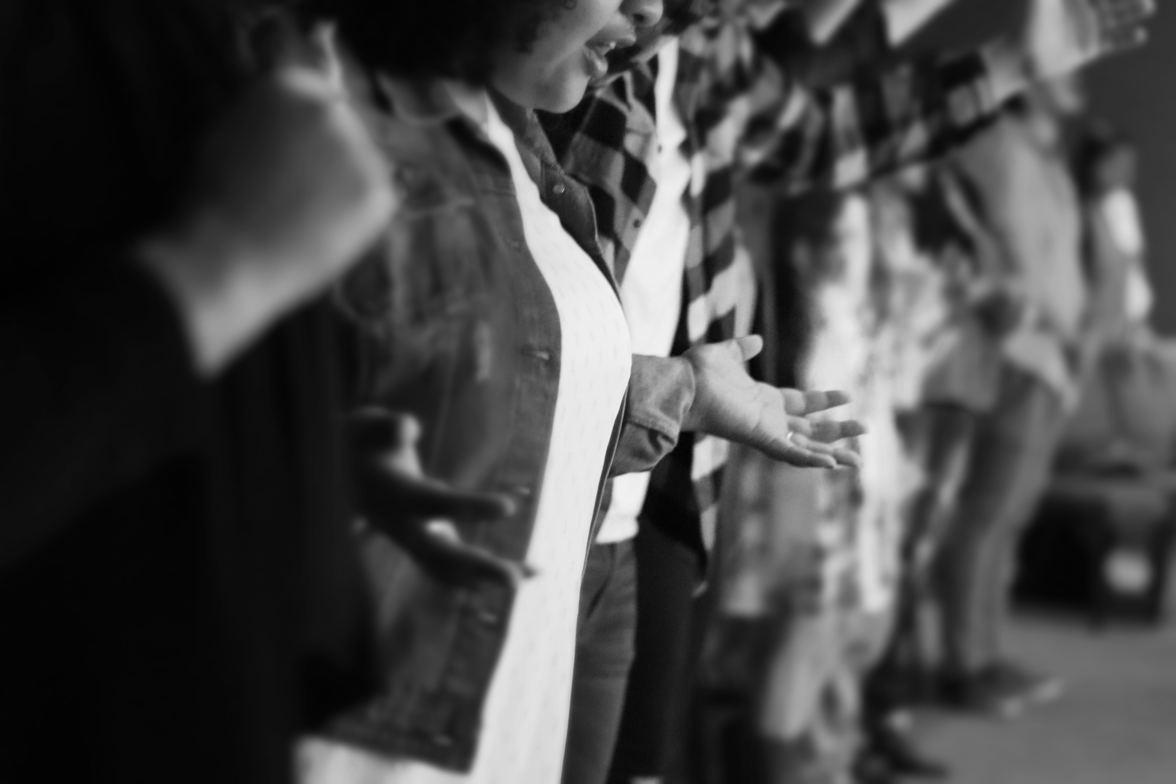 Question:  What’s the purpose of raising our hands in worship?

And, at points in the order of worship, we’re to raise our hands together. Why?

The New Testament specifically speaks of “lifting up holy hands” in prayer (see I Timothy 2:8) - although the emphasis in this passage is more on the holiness that should be the character of the one praying rather than on the actual practice of lifting hands. (In Presbyterian circles, we often think of that as done representatively by the minister or the elder leading that part of worship).

The Old Testament, though has several references to the posture of raised hands in connection with prayer (see Exodus 9:29, 17:11f., I Kings 8:22, 54; Ps.28:2, 63:4, 141:2, 143:6, etc.)  Commentators generally point to the raised hands in prayer as a demonstration of the seriousness of the petition to God.  But I’d add to that, that this is another example of how the body, the mind, and the voice are joined together in “whole person worship” in which we “present our bodies as living sacrifices, holy and acceptable to God” (Romans 12:1,2).

It’s a fitting expression for those who are, as it were, reaching out to God as children to a Father - urgently asking that he grant the petition being offered.  Put this together with the Holy Spirit’s work in us by which we cry out “Abba, Father” (a very intimate expression, close to our title, “Daddy”), and you have a rather vivid picture of children lifting up their arms to their fathers and saying, “Pick me up, Daddy!”  That’s a beautiful way to think of prayer.

When people raise their hands as they sing, that’s also a way of expressing our desire for God to hear what we are asking (remember that a lot of the words that we sing in worship are petitions asking God for things); but it’s also an outward expression of what’s inside.  As John Piper puts it:  “As a hand raiser, I would just say to those who don’t do it that, for me, it is both a natural expression of inner admiration for God, and an intensifier of inner exultation as it finds expression in the body.” I couldn’t put it better myself!

As to why, in our “pastoral prayer” and benediction, we lift our hands together,  this is a reminder, again, that our worship service is corporate worship.   We worship as one body - as one congregation, so it is fitting that, as one body, we follow the postures given to us in the Word of God.